Today a friend asked me about the distinction between philosophy and theology. In the course of responding, I said what I have said before, namely that theology is what happens when faith gets to follow its own impulses. He then asked me, reasonably enough, whether it is not important to distinguish between faith and theology. 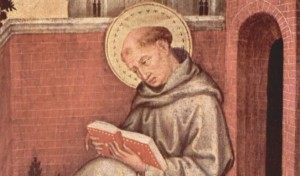 Perhaps we need some new terminology to describe the distinction between faith and theology. How about the “theological state” and the “universal call to theology”?

Please note: I reserve the right to delete comments that are offensive or off-topic.